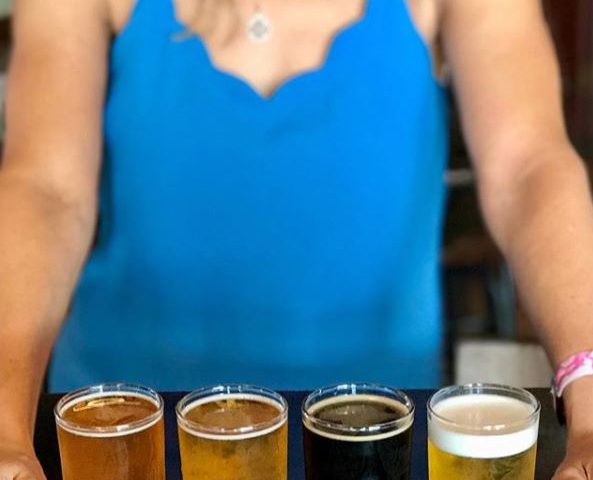 What would you do the night before leaving for Europe… Pack? Go to bed early? Well, not if you have an option for a private brewery tour!! From here on out, the night before a big vacation is now known as “Flight Night”!

We had the great pleasure of being able to tour the brewery floor at North High Brewing and then head off to the taproom when the tour concluded. Score! Lucky for us, Kelsey Stief (Marketing), was a fantastic host and really represented the brand of North High Brewing. It’s a laid back brewery, with a fun personality. Just like Kelsey! I loved the names of their beers and the retro look they used for design.

Let me tell you a little bit about this brewery.  Owners Gavin Meyers and Tim Ward, met in graduate school at Ohio State school of Business and wanted to bring a new brewery concept focusing on experience to their area.  In 2011, a brewery was born. North High Brewing was the first and only Brew on premises established, where the customer is also the brewmaster!  Heck yeah, you mean I could call myself a brewmaster?? That’s a pretty sweet title!

By 2014, a brewery expansion was initiated bringing North High Brewing from one of the smallest to one of the largest in the area.  Brewmaster and partner, Jason McKibben, came on with the expansion and has been brewing and drinking happily for 3 years now. 2015 led to signing with Premium Beverage Supply company and their beer is currently distributed throughout Ohio in 3,000 locations. Expansions and demand continue to increase especially after the Pale Ale took silver medal in the American Pale Ale category at the World Beer Cup. Now remember, I am not a huge Pale Ale fan, but come on I have try this beauty!  It was fantastic and my husband who is a Pale Ale kind of guy loved it too.

After the brewery tour, which is off site from the taproom, we headed to taste some of their beers… “Flight Night”! My flight consisted of the Hefeweizen, the Honey Wheat Lager (only sold at the taproom), the Jalalima (if you love Jalepenos, this is a must), and the Thunderkissed a coffee infused milk stout (this coffee is roasted on site at the brewery). I loved them all evidenced by how quickly they disappeared from my glass. Wait…it’s gone already?! Their taproom is very well appointed with an area for home “brewmasters” and a fun area to host parties.  In addition, the light was perfect and you can even bring your friends with you… man’s best friend that is!  They pride themselves on being family friendly, pet friendly, college friendly… so basically everyone friendly and they wouldn’t have it any other way!

We had the best time so go check them out here.  You won’t be disappointed! Next time you plan a vacation, I hope “Flight Night” is on the agenda! 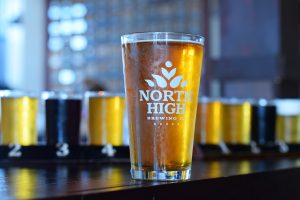 Alpaca my bag to St. Augustine